Under the guise of technical testing, grey aliens create dithers and stress and impose raw anxiety, in abductee’s daily lives to create the juices, the endocrine stress flavors that their nighttime palates crave.

This is a most unique relationship akin to vampires of the 3rd century myths of negative, bedroom, nighttime intruders who crave bodily juices.

And yes, oddly, garlic does indeed repel them when used as an herbal repellent. 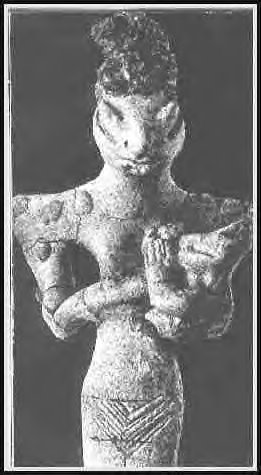 On display in The British Museum

Sounds like a bad B movie but most abductees are treated as though they were just alien food, ethereal and physical food.

Molecular engineering, at the hands of E.T.s, in ‘nano-tech’, is exemplified by the physical forms created by their designed- D.N.A. molecule, a creation of breathing protein forms of life by nanotech sequenced-storage and programming- amino-acid- building blocks.

ALWAYS LISTEN TO YOUR GRANDMA

Just before my grandmother on my mother’s side died at the age of 95, I whispered a kiss in her ear and thanked her for her wisdom. 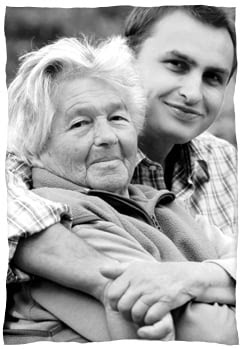 One odd piece of advice, that she had taught me when I was a child, I had carried close to my inner ear, all of my life.

It had been an Independence Day warning, borne of a distant Russian wisdom, one that she had whispered to me four decades ago, when I was nine or ten years old, impressionable and the apple of her eye. 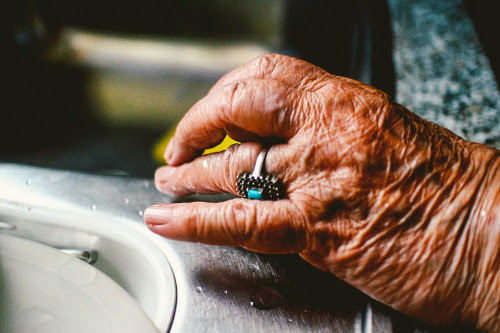 The imprecation that I got from her, the warning whispered in my small rapt ear when I was nine or ten years old had been an odd warning that ruled and guided my life, and through angst, had come to define a larger part of what I called my soul.

GHOST-HUNTERS : THE GHOST YOU RESCUE, MIGHT BE YOUR OWN

GHOST-HUNTERS : BEYOND THIS PLACE, MONSTERS DWELL

The theory that consciousness ends with physical death, has never been proved, to me.
If one examines a plethora of diverse spiritual phenomena like, demonic possession,
OBEs, NDEs, hauntings, poltergeists, reincarnation memories through regressive
hypnosis, just to mention a few, the undeniable evidence looms as obvious as a trout in the milk.

We should all be born with lunch boxes for our stay here, in this school, is short,
compared to the eternal spark of God within us that endures.
Children see ghosts and have paranormal experiences more so than adults because they
are still close to the other side, having JUST crossed and because there’s evidence that
children see a broader spectrum of light than adults , but to me, the most interesting and
revealing aspects of listening to…

Exorcism vs. Spiritual Healing and Entity Detachment (The God-like Powers of the Human Mind)

Exorcism vs. Spiritual Healing and Entity Detachment (The God-like Powers of the Human Mind)

Meditations, genetic dispositions for psychic sensitivities, Reiki healings, any opening oneself, even intense prayer, not unlike employing one’s mind in using  a OUIJA board, can spiritually be most seriously dangerous.

For those dubious or cynical about the’ realities’ discussed, herein, I remind you that it’s never too late to increase your learning, now that you’re aware at least that much knowledge exists outside of your accumulated realm of learning.

It’s sadly more than probable that there are many like you who are totally unaware of the unseen, as well as the evil unseen, which makes you and them all the more vulnerable.

Knowledge is power and in this realm ignorance is hardly ever bliss.

The unseen evil world around us is as real as the nose on your face and as equally hard to see, but it exists nonetheless.

Western science does not differentiate between spiritual possession and clinical mental illness; a child who hears discorporate voices and who claims to see spirits/ghosts is deemed psychotic not psychic, and thus is wrongly medicated.

As mental illness permeates our society as the most ubiquitous prevalent disease, its epidemiology and causality is largely misunderstood, just as in the example, above.

Is then, mental illness largely a symptom of demonic entities, meddling and infernal, seeking semi-possession?

Many institutionalized back -ward ‘psychotic’ patients are possessed not insane.

Unseen negative-thought beings are an astonishing negation to,”Seeing, is believing”!

Most people with unwanted  predatory energy attachments will have more than one of the following:

“Earworms”,  a popular term for a cyclical, obsessive melody or fragment of a song that will not go away or that returns again is a signature symptom of an intrusive entity ‘attachment’.  That revealing  melody is merely the tip of the submerged iceberg of an often highly intelligent devious astral parasite.

When I strongly psychically resisted, my inner imp would send songs whose lyrics reflected an all knowing proprietary demeanor:

”You belong, to me”, an old sixties song and the Beatles’,”Can’t you see that you’re mine, we’ve been together for a long, long time”, a sinister echoed  melody, repeatedly, inwardly, in a retort response…

it is astounding how almost universal this evil psychic symptom is; as we ride horses, we are likewise sought to be ‘ridden’, by brilliant and predatory negative thought entities towards partial possession.

The chief goal and design of the Darkness, is to extinguish Light, in any form and thus those who strive to profess Goodness and Godliness come under severe attack, represented by psychic and emotional manipulations towards ‘wrongness’ and temptations.
It is an awful battle as a global macrocosm, and within each individual, as a microcosm.

They are lampreys and remoras,  predators of consciousness, itself.

Try to dislodge it and it becomes less quiescent; sudden and persistent appetites, addictions, drug use and spontaneous unsolicited strong sexual urges blossom and prevail.

The only sure cure is a difficult one: to strengthen one’s ‘immunity” by a spiritual method.

One must self-dwell in a realization that one is NOT just a body with an inner spirit, but instead a spirit having Earthly adventures.

One must embrace the conviction that one’s body does not CONTAIN a soul, but that one IS a soul, temporarily residing in a body.

All bodies die, but the soul does not.  One is not one’s car,or clothing or body; we step out of those and remain ourselves, an undying spirit with creative God-like powers.  Within THAT spiritual realization comes authority and newfound power to repulse the evil that is unseen.

It’s a painful process for most who view themselves as mere victims in their body.

If one is ‘under telepathic attack’, psychically, with compulsions or nightmares, one can deter this ‘attack’  with a basic training course, a full realization of one’s spiritual existence, which extends astounding powers.

Predatory and opportunistic energies are all around us, as are many earthbound lost souls.

When ghosts are heard on EVP’s, revealingly, they generally do plead for, ask for our help.

That’s the unforgiving moral sin of ghost-hunters who seek only evidence, but who generally abandon and neglect rescue of these souls.

If one stumbles into a haunted house or if a ghost stumbles into YOUR house, or poltergeists persist after a sighting of UFOs, then there are God-like powers of our minds that we can employ to help them.

Within a fuller spiritual realization comes the ‘voice” to assert control and authority.

Healing is a must for all those who desire to operate in other realms of consciousness.

You must have “Self ” – assert your authority and maintain control.

They are bound to the Earth’s vibration or to human abductions because of lower vibration attitudes and emotions.  Some are coercive and desire to manipulate or control.

Sometimes a demon will coast in like a Great White Shark and they like aliens, require much hard work to dislodge.

Casting out entities, be they ETs, spirits, demons, jinns or ghosts)only sends them to another place to torture and trouble another person .
It’s like pulling a nail out of one’s flat tire and then casting the nail out into traffic for someone else to run into.

In all healing, do remember that God is “pure” Love and exists hidden within every cell of your being. It is only the power of Love that heals and lifts, elevates the soul to higher planes.

I give you the following steps to clear the negative energy:

First,  hold close that spiritual metamorphosis realization that you are a spiritual being, a tiny fragment of God’s light and love.

I often state that they be taken to the correct color light and to their proper place within that light.

I ask that all negative karmic, sexual, known and unknown contractual bonds be severed. I augment this with a visualization of a blue flaming sword that severs black cords, in all directions.

Repeat this process until you feel clear.

There may indeed often be more than one healing to accomplish.

Remember that your spoken word is very powerful, and what is spoken, on their level, manifests instantly.

Many enlightened ones use this process before opening their energies and mind to prayers, healings, doing psychic readings of others and  angelic channeling.

Like burning sage to dissipate negative energies, this process creates a clear and safe environment and also lifts the vibrational energy of the one who is doing the healing.

Intent, the inner generator of your mind-soul, is nine-tenths of the spiritual law.

I am still becoming adept in this as a novice, but I recommend that you try to employ this loving ‘expulsion’ as it raises trapped spirit’s vibrational levels and does service to the Other Side.
Moreover, such psychic flexing of unconditional love, illustrates the God-like creative powers of the human mind.

via THE REPTILIAN ALIEN ARK OF THE COVENANT

via AN INTERVIEW WITH PAUL SCHROEDER